In connection with our material and financial aid delivered to Ukraine, a significant part of which was delivered through the Ukrainian charity organization Плечe побратимa, we were pleasantly surprised by their expression of gratitude. We received a letter of thanks together with the yellow-blue national flag of Ukraine and the red-black battle flag, which has been used in Ukraine since the time of the Ukrainian national uprising, after the First World War, as a symbol of the struggle for the independence of the Ukrainian nation.

Translation of the text of the letter of thanks: "Thanks are announced to the IT company <<Sféra>> from the charity organization << Плечe побратимa>>, as well as from the Ukrainian nation for the timely and significant support of the defense capability and for the humanitarian aid provided to the defense units. We are proud to have friends who help us defend the integrity and sovereignty of Ukraine."

Both the flags and the letter of thanks were given to the statutory representative of the company and belong to every  member of the SFÉRA team who in any way participated in helping in any form. 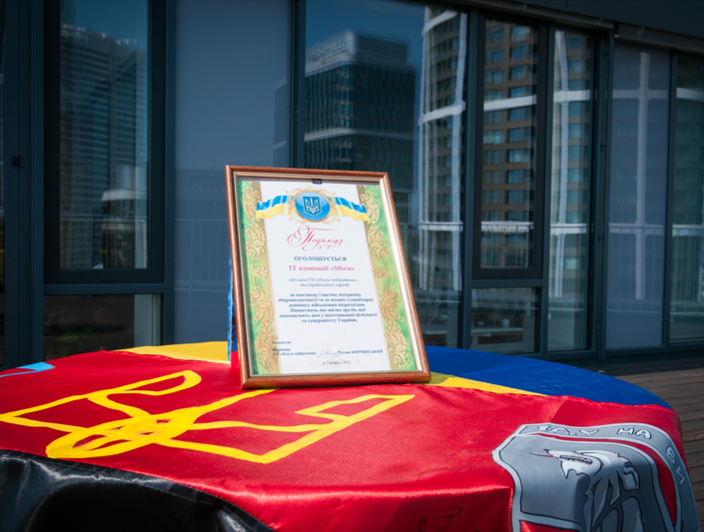 The project of interconnection of European day-ahead electricity markets, the so-called Core Flow-based Market Coupling (Core FB MC) was successfully launched at the beginning of June (08.06.2022). From this date, the operation of the Core FB MC mechanis...

SFÉRA, a.s., is expanding its client portfolio with another important player on the Slovak energy market. Its own software solution XMatikt®.NET/ISOM will be implemented  at ESCO Slovensko, a.s., (ESCO), which supplies modern, flexible and environmentall...

SFÉRA, a.s., succeeded in the tender for the supply of information systems for the Czech company OTE, a.s.
5/25/2022

The tender announced by OTE, a.s., which is the organizer of the short-term electricity and gas market on the Czech market, was a great challenge for several renowned domestic and foreign information technology providers. SFÉRA, a.s., responded to the re...

Choose what you need from our products